The performance figures are by no means the only evidence of the consistent and holistic strategy. The design makes it clear that the e-tron belongs in the major leagues of sports cars, and the package takes into account the specific realities of an electric vehicle. The battery is directly behind the passenger cabin for an optimal center of gravity and axle load distribution.

The e-tron is able to freely distribute the powerful torque of its four electric motors to the wheels as required. This so-called torque vectoring allows for dazzling dynamics and an undreamed-of level of agility and precision when cornering.

Audi has taken a new and in some cases revolutionary approach to many of the technical modules. A heat pump is used to efficiently warm up and heat the interior. The drive system, the power electronics and the battery are controlled by an innovative thermal management system that is a crucial component for achieving the car’s range without compromising its high level of interior comfort. Networking the vehicle electronics with the surroundings, which is referred to as car-to-x communication, opens new dimensions for the optimization of efficiency, safety and convenience.

The Concept
Electric drive systems are still very much outsiders. The first vehicles of this type took to the roads around 1900, yet in 2009 no volume car manufacturer has a car powered exclusively by batteries in its lineup. Fewer than 1,500 electric vehicles are currently registered in Germany, corresponding to only 0.035 percent of all registered vehicles.

Yet electric driving potentially offers numerous advantages. Electric cars reduce the dependence of transportation and the economy on the raw material petroleum. They produce no direct exhaust emissions and thus ease the local burden on the environment. Electric drive systems are also significantly more efficient than combustion engines, consequently making them easier on the customers’ wallets. Other strengths include sportiness and the fun they bring to driving. All of the torque is essentially available the moment the driver steps on the accelerator, allowing for breathtaking acceleration.

There is still a lot of work to do before electric cars are ready for volume production, however. The greatest challenge is the integration of the energy storage system. Acceptable range and performance requires a traction battery that is heavy and takes up a lot of space. Audi is taking a new approach to offset these disadvantages – a holistic approach with a specific vehicle package, a systematic lightweight construction concept and an optimal configuration of all components for the electric drive.

Audi e-tron – The Holistic Approach
The most important development related to batteries for electric drives are lithium-ion cells. Numerous experts throughout the world are working on their further development for use in cars, with the primary objectives being to reduce weight and increase capacity and performance. Audi has also opted for this technology, both for use in a hybrid production vehicle, such as the upcoming Q5 hybrid, and in the e-tron test platform.

The requirement specification for the concept vehicle goes far beyond battery technology and the replacement of the combustion engine with an electric drive system, however. The Audi development engineers decided back in the concept phase to design practically every component and technology based on the new requirements of electric mobility. The interaction of all elements has a decisive influence on the factors efficiency, range and practicality.

The Audi team therefore focused its attention on the total vehicle, which is reflected in the comprehensive requirement specification.

— The reduction of road resistances and the resulting increase in range plays a major role with electric vehicles. Lightweight construction was therefore a top priority for the e-tron concept car. The body, in particular, combines low weight with supreme strength and rigidity. An intelligent aerodynamics concept with active elements helps to reduce consumption.– The package ensures the safe integration of the electric drive system and the battery. Placing the battery in front of the rear axle ensures an optimal axle load distribution without compromising the compact overall design and the generous amount of interior space.
— Advanced battery technology enables a practical range. The battery system is water-cooled for optimal performance and service life.
— A needs-based energy management system controls all functions for the chassis, convenience equipment and other auxiliary consumers.
— The innovative thermal management system with optimally matched cooling and heating components considers the cooling requirements of the battery and the drive system in addition to the interior temperature.
— Driving dynamics and road comfort are what Audi customers have come to expect in the sports car segment.
— Vehicle safety is on par with the best of today’s production vehicles.
— The driver is provided with clear and comprehensive information.
— The e-tron concept car uses car-to-x communication technology developed by Audi to improve the efficiency of conventionally powered vehicles. For example, information about traffic light cycle times and the flow of traffic – provided by the infrastructure and other vehicles – is used to compute an optimal driving strategy. Audi has already modeled such a solution in Ingolstadt as part of its “travolution” project.

Design and Package
The caliber of the car is apparent to the observer at first glance. The Audi e-tron has a wide, powerful stance on the road. The car body seems almost monolithic; the closed rear end appears powerful and muscular. The trapeze of the single-frame grille dominates the front end and is flanked by two large air intakes. The top of the grille merges into the flat strips of the adaptive matrix beam headlamp modules with their clear glass covers. High-efficiency LED technology is used for all lighting units – a matter of honor for Audi as the worldwide pioneer in this field.

The headlamps are the core of a fully automatic light assistance system that reacts flexibly to any situation. The new technology recognizes weather conditions and adapts the illumination to rain or fog. The technology at the heart of the light assistance system is a camera that works together with a fast computer to detect oncoming traffic, recognize lanes and measure visibilities, such as in the event of fog.

If there is oncoming traffic, for example, the high beams are turned off in the corresponding section of the illumination field. The cornering light system analyzes data from the navigation system and illuminates corners before the driver steers into them. The Audi e-tron does not have conventional fog lamps that consume additional power. It instead intelligently varies the low beams to widen the illumination field, thus significantly reducing the glare from the car’s own lights.

The variability of the headlamps is also reflected in their design. The LED elements change appearance and thus the character of the front end of the vehicle depending on the speed driven and the ambient conditions. The innovative lighting technology offers the Audi designers almost as much design freedom as the shape of the body does.

A new design element unique to the e-tron are the air intakes in the single-frame grille and in front of the rear wheel wells. They are closed flush under normal circumstances and opened by means of flaps when additional cooling air is required. Maximum efficiency is also the reason behind this measure. The concept car has a remarkably low drag coefficient, which gets even better when the flaps are closed.

The vehicle body is compact. The sweeping line of the front end and the flat curved roof immediately identify the two-seater as an Audi. The contours of the flanks are familiar. The tapering of the dynamic line above the sill and the shoulder line tie together the front end, the side and the rear, lend a plastic quality to the doors and the transition to the side air intake and sharply emphasize the Audi-typical round wheel wells with the large, 19-inch tires.

The two electric motors, which have their own cooling system, are mounted behind the rear axle. The front electric motors are mounted on the front axle, with their cooling system arranged in front of them. This special package, which features a 42:58 weight distribution, ensures perfect balance, which contributes to the driving dynamics of the e-tron.

Systematic lightweight construction is an even more important prerequisite for efficiency and range with electric vehicles than for conventionally powered automobiles. The Audi development engineers drew on the core competence of the company for the e-tron. The body structure is based on Audi Space Frame (ASF) technology and was realized as a hybrid construction. All add-on parts – doors, covers, sidewalls and roof – are made of a fiber-reinforced plastic.

The combination of aluminum and carbon fiber-reinforced composite material guarantees supreme rigidity coupled with low weight. Audi will soon use this technology in a similar form for production vehicles. Despite the complex drive system layout with four electric motors and a high-capacity battery system, the total weight of the Audi e-tron is only around 1,600 kilograms (3527.40 lb). 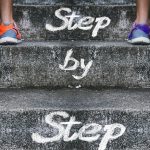 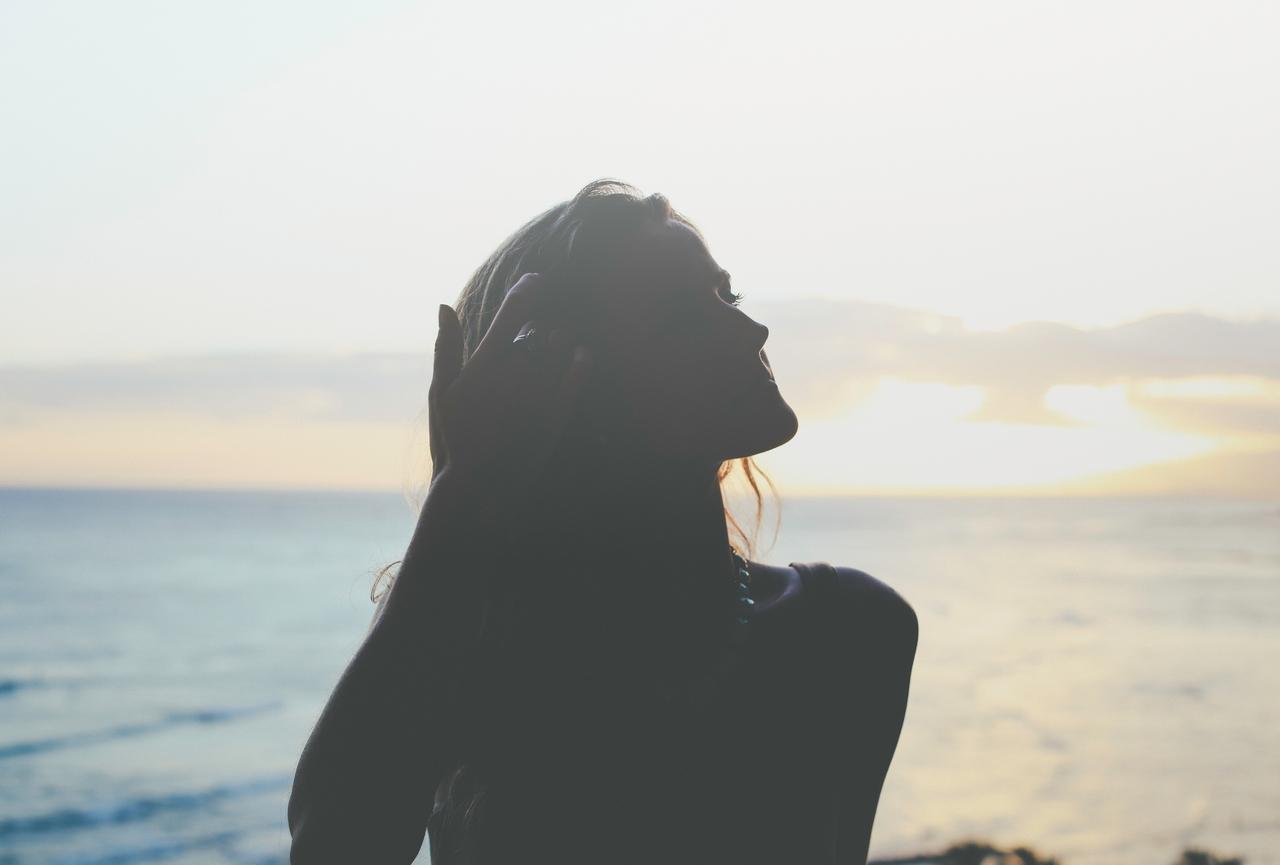 Designs revealed for a new resort in Mauritius

Rolls-Royce Motor Cars – inspired by the Spirit of Ecstasy in...